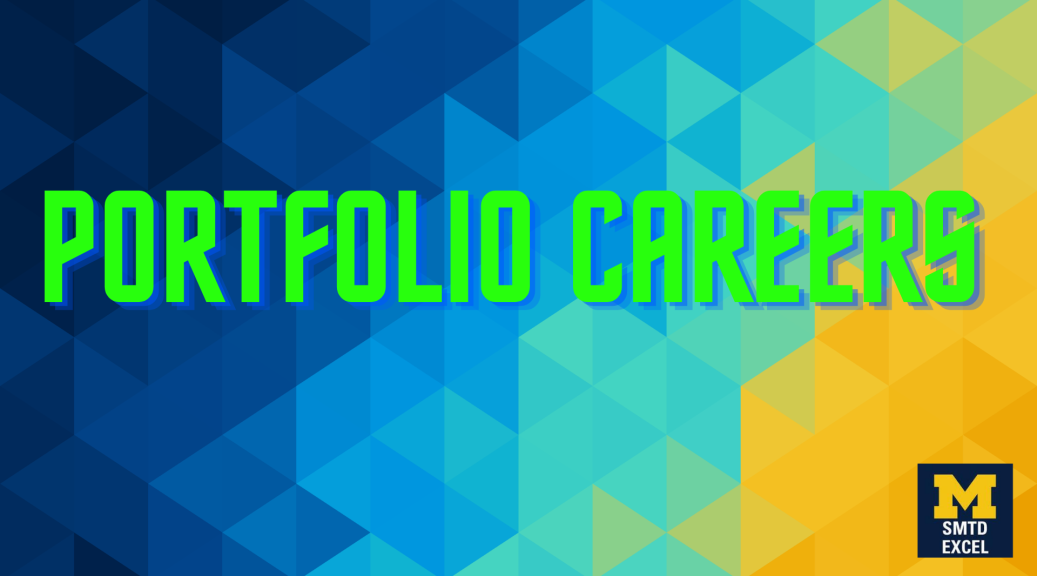 Katherine Banks is a Midwest based actor and educator. Last season, she reprised her role as Joanne in Mindhunter (Netflix) directed by David Fincher. She performed Every Brilliant Thing at Tipping Point Theatre (Wilde Award – Best Performance in a One Person Show). In Chicago, Katherine appeared in the Jeff Award winning Men Should Weep with Griffin Theatre and in the sold-out production of She Kills Monsters at the Steppenwolf Garage. Katherine teaches at Greenhills Middle School in Ann Arbor and works as a freelance corporate spokesperson and communication trainer. She is a proud graduate of the University of Michigan.

Bill Kalinkos, clarinetist, has been called “a powerhouse” (San Francisco Chronicle), “a superb performer” (San Jose Mercury News), and his playing has been lauded as “ethereal, yet grounded” (Oakland Tribune). His performance of Aaron Copland’s Concerto was praised in the Oakland Tribune: “Kalinkos played casually, with the mysterious ease one hears in an accomplished musician.” Bill enjoys a diverse musical career as a member of critically acclaimed groups such as Alarm Will Sound, Ensemble Signal, Deviant Septet, Eco Ensemble, and Splinter Reeds. Recognized by the Washington Post as a “notable contemporary music specialist,” he has been fortunate enough to work with and premiere pieces by many renowned composers. Bill was most recently featured on the New York Philharmonic’s “Nightcap” series performing Yann Robin’s “Art of Metal II” for solo contrabass clarinet and electronics. As an orchestral player, he is the principal clarinetist of the Oakland Symphony, a member of both IRIS Orchestra and the New Hampshire Music Festival Orchestra, and he has performed with The Philadelphia Orchestra, The Cleveland Orchestra, and the Kansas City Symphony. Bill has served on the faculties of the University of Missouri and the University of California at Santa Cruz and Berkeley. As a recording artist, he can be heard on the Cantaloupe, Nonesuch, Euroarts, Naxos, Mode, Orange Mountain, Albany Records, Deutsche Gramophon, and Harmonia Mundi labels.

When I was a BFA acting major at the University of Michigan, I received many pieces of great advice that I still reflect upon when thinking about my craft and my career, but today, I’d like to share the most questionable piece of advice a professor ever gave me: “If you can do anything else, anything at all, then go do that thing, because acting is so, so hard.”  I understand the good intentions behind this sentiment. (I really do.) Acting teachers seek to instill a reverence for the craft, to nurture a seriousness of purpose, and to prepare students for the challenges of a career that not only requires you to expose your most vulnerable self in order to make art but also asks casting directors, agents, and critics to place a value on your raw, naked self. Also, there aren’t a lot of jobs. Totally! Acting is difficult, but I also think that the all in or bust model is outdated and ultimately does not help a young person fully expand into their unique self. It denies the actor’s identity as an entrepreneur, as a family member, and as a complex artist with multiple channels available for expression. All in or bust sets you up for a single path towards success, but that path does not work for every person, and as we’ve seen in the last few months the path can quickly disappear.

Let me clarify: I’m all in for you following your dreams. Please do add “make Broadway debut” and “star in episodic” to your vision board, but what happens when Broadway shuts down for a year? What happens when the TV industry isn’t making space for your gifts? Well, here’s what I don’t want to happen: I don’t want you to quit because your career doesn’t currently look like you had planned five years ago. I don’t want you to quit because your career doesn’t look like somebody else’s. I don’t want you to devalue yourself or dim your brilliance. My advice to you: Don’t quit, but do re-define what it is that you were thinking about quitting in the first place. Broaden your identity from actor to artist,then figure out how you (unique and glorious YOU) can be that.

There isn’t one right way to frame a portfolio of artistic pursuits. (Have you figured out that no single right way is a personal favorite of mine?). You might spend time crafting an artist’s statement or a values list that provides clues as to how you want to spend your time and energy. You might come up with an umbrella theme or line of inquiry. You can try on identities and collect those that are true to you and support your mission and reject those that don’t serve you in this moment.

I am an artist. That can be broken down into actor, educator, and communications specialist, and further broken down into theatre actor, on-camera actor, voiceover artist, classroom teacher, teaching artist, drama teacher, dance teacher, writing tutor, corporate trainer, corporate presenter, and speech coach. Through all of these jobs, I’ve found a web of interconnected ways to work that help me explore my changing lines of artistic inquiry. How do we strive toward clarity and specificity in expression? How is an individual able to reveal their unique point of view in service of an ensemble or greater community? These guiding questions help me when I’m designing curriculum for a preschool ballet class and they help me when I’m coaching a sales representative on how to make connections with customers.

In cataloguing the actors I know who work a great deal in theatre and film, I find a career coach, an event planner, a sommelier, a home stager, a web designer and video editor, and multiple arts organization administrators and fundraisers. Of these people, none of them refer to their non-traditional acting work as a 9-to-5 or a survival job because that’s not what it is to them. They are artists who have been able to find a wide array of channels for their creativity.

It is certainly a challenging time to explore how you want to relate to the world as an artist when many of the aforementioned channels for creativity have been temporarily shut off or limited. I was watching a webinar recently in which an actor expressed fear about aging out of certain parts that she wanted to play before the pandemic is over and another actor discussed his grief at losing all of the positive momentum he had gained before productions shut down. For actors, there was so little in our control before the pandemic and now there’s even less. It stinks and I’m sorry.

In pondering what I can control right now, I’ve been thinking a great deal about starting at the end of my now. Educators will be familiar with backwards design, the approach to curriculum creation that asks teachers to consider desired learning outcomes first and then work backwards to choose instructional methods. Similarly, many theatre artists are familiar with the text Backwards & Forwards, which teaches you how to read a play starting at the end and working backwards to understand how it can be shaped onstage. As a classroom drama teacher who had to transfer my instruction to the remote sphere, my goals for my students didn’t change, but the instructional methods certainly did. As a theatre artist, perhaps performing in stageplays is your endgame, but I encourage you to find a deeper objective. Why do you want to do theatre in the first place and how do you fulfill that desire right now? Art is still happening, so how are you going to go about exploring the human condition even when we can’t gather in the same room?

So many questions, so few answers, but I would like to leave you with two things:

Keep creating! You got this!

What am I going to do now? That is a question that has frequently occupied my mind since I played my last live, in-person concert on February 29th in Berkeley, California. I have spent most of my adult life building a unique career in music that, in turn, has shaped my life – where I’ve lived, where I’ve traveled, who I’ve collaborated with. In the past few years, it was not uncommon for me to spend somewhere between a third to half of the year on the road. I left a university teaching position I had occupied for two years and turned down another tenure-track teaching position that was offered to me. Instead, I spent the next year traveling from gig to gig, not even needing to pay rent. Now, there are no gigs. What am I going to do now?

My portfolio career began to develop organically during my undergraduate studies. A breakthrough moment playing a piece by Xenakis in the new music ensemble opened my eyes and ears to the existence of sound worlds previously unknown to me. Enthusiastically embracing these sound worlds led to collaboration with so many inspiring musicians and composers, many of whom I am fortunate enough to call my friends and colleagues today. Alarm Will Sound, Splinter Reeds, Deviant Septet, Oakland Symphony, IRIS Orchestra, New Hampshire Music Festival – these are a few of my musical homes. They are places that embrace adaptability and musical openness. I am happiest when playing live music with these folks and others in as many different scenarios as possible. But now, how do we play live music together? What are we going to do now?

We’re going to figure out ways to continue sharing music with whomever will listen to us. We are digging through our archives to find music to share with our followers. We are creating silly music videos that we had been talking about making for years but now finally have the time to do so. We are attempting to raise money so that we can continue to commission works from people whose work we admire. We are figuring out how to get every member of an 18-person band set up at home with decent audio gear and attempting to play music together, in real time. As someone who is technologically averse, absent on social media, and dislikes looking at screens, making music during Covid times has been challenging for me. I will continue to try to adapt. I know that I can rely on my collaborators to push me in the right direction.

On May 17th, my wife and I welcomed our daughter Amelia into the world. She is our first child and has made these few months in lockdown not just bearable, but incredibly enjoyable. Being stuck at home with nothing else to do is probably the best time to have a newborn. Life has slowed down and become much simpler. Having the space to focus solely on life’s essentials is a joy. For instance, not traveling to play in a festival in July means being able to tend to the garden in the backyard. Doing some volunteer work in the past few weeks has me thinking about ways to become more involved in the community where I live. What am I going to do now? In actuality, that question has always occupied my mind; it has shaped the career which has shaped my life. So I will continue to do what I have always tried to do: see what the future has in store for us, adapt as needed, and move forward with lots of help from my friends.

Join Katherine, Bill, and the University of Michigan EXCEL Lab on Zoom this Wednesday, July 29 at 3:00PM EDT. This conversational session will delve into their posts in greater depth, providing a chance for participants to ask questions and engage with these authors in real time.

The EXCEL Log is your resource for Interviews, Opinion Editorials, Student and Faculty features, and more!

Learn more about the EXCEL Lab at the University of Michigan!